The Webbed Within -- The Six Machinations of Art Expo Show

Thank you all for coming to the closing reception of The Six Machinations of Art Expo!  In spite of the weather forecast, which was not promising, the Diver Studio was packed again and I was very busy making art.  My installation 'Webbed Within' was my 10th major installation.  I am so glad that it was seen and enjoyed by so many people. The artist statement for this work is here.  I am not sure if I am going to have another chance to appear as a calligraphy woman ever again, but I will definitely continue doing Japanese calligraphy.  It makes me feel so good.  If I could write something for you, please contact me through the contact page of my website.  I am also thinking that I will use the idea and the aspect of the Japanese calligraphy in my future art work as well. 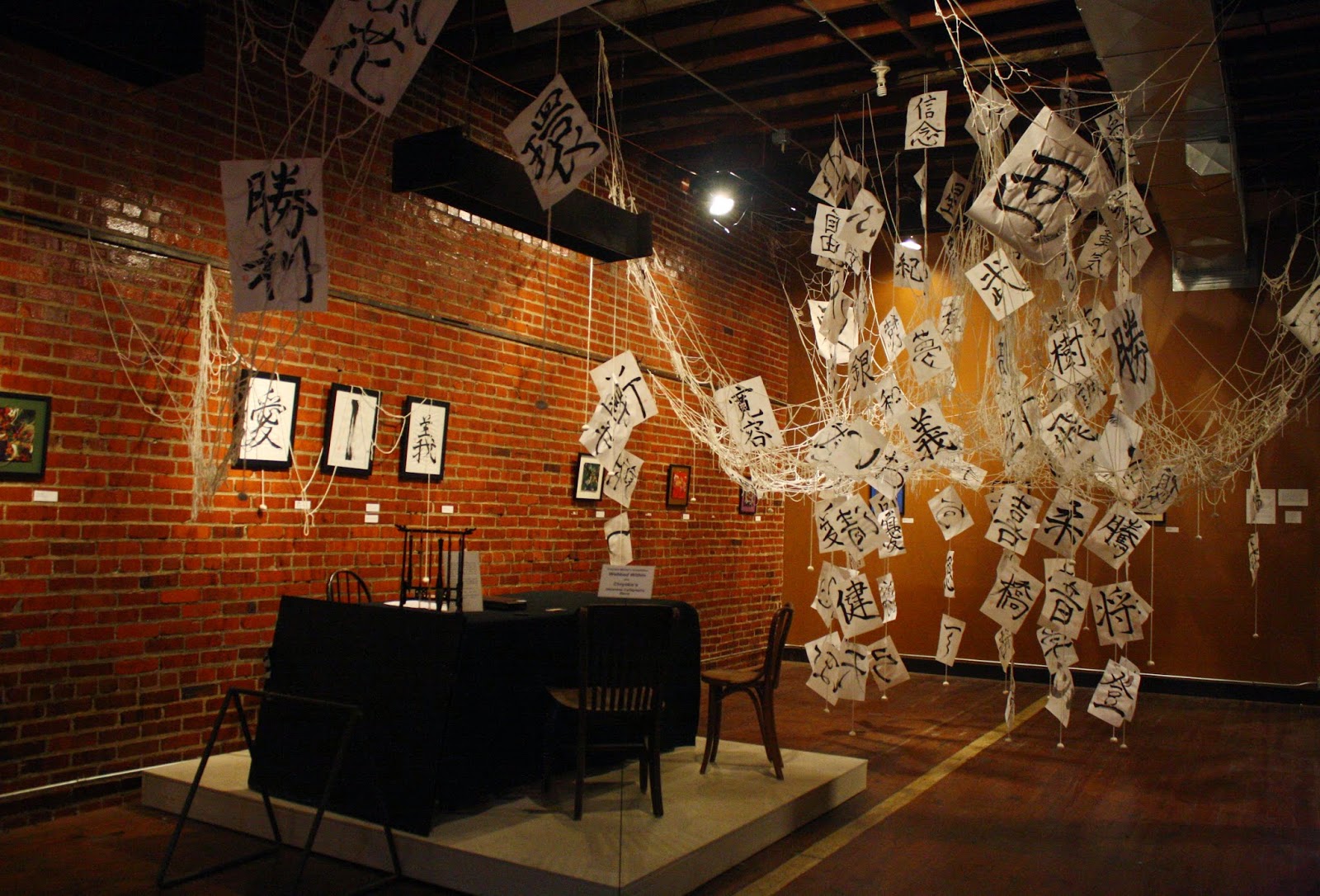 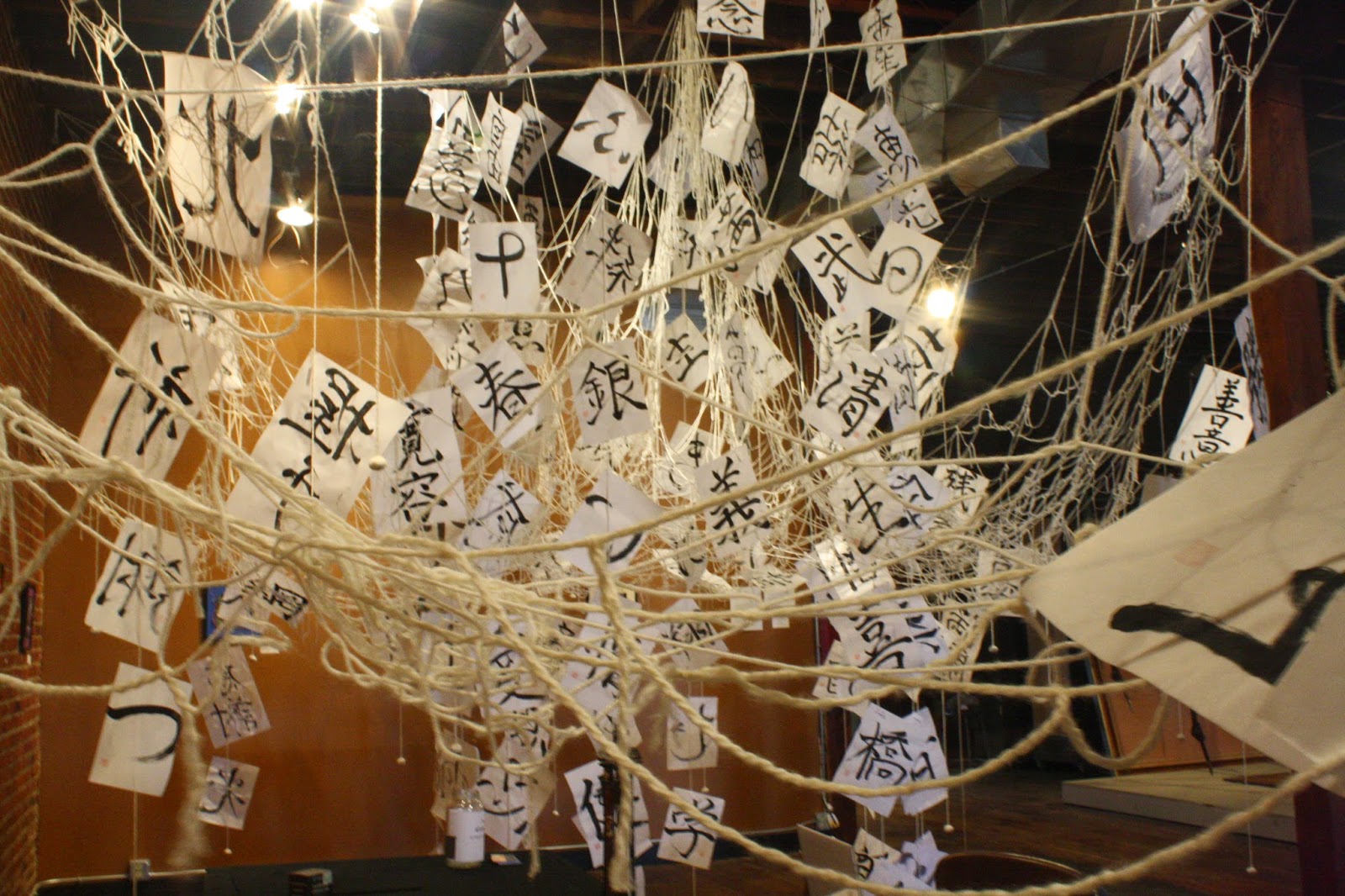 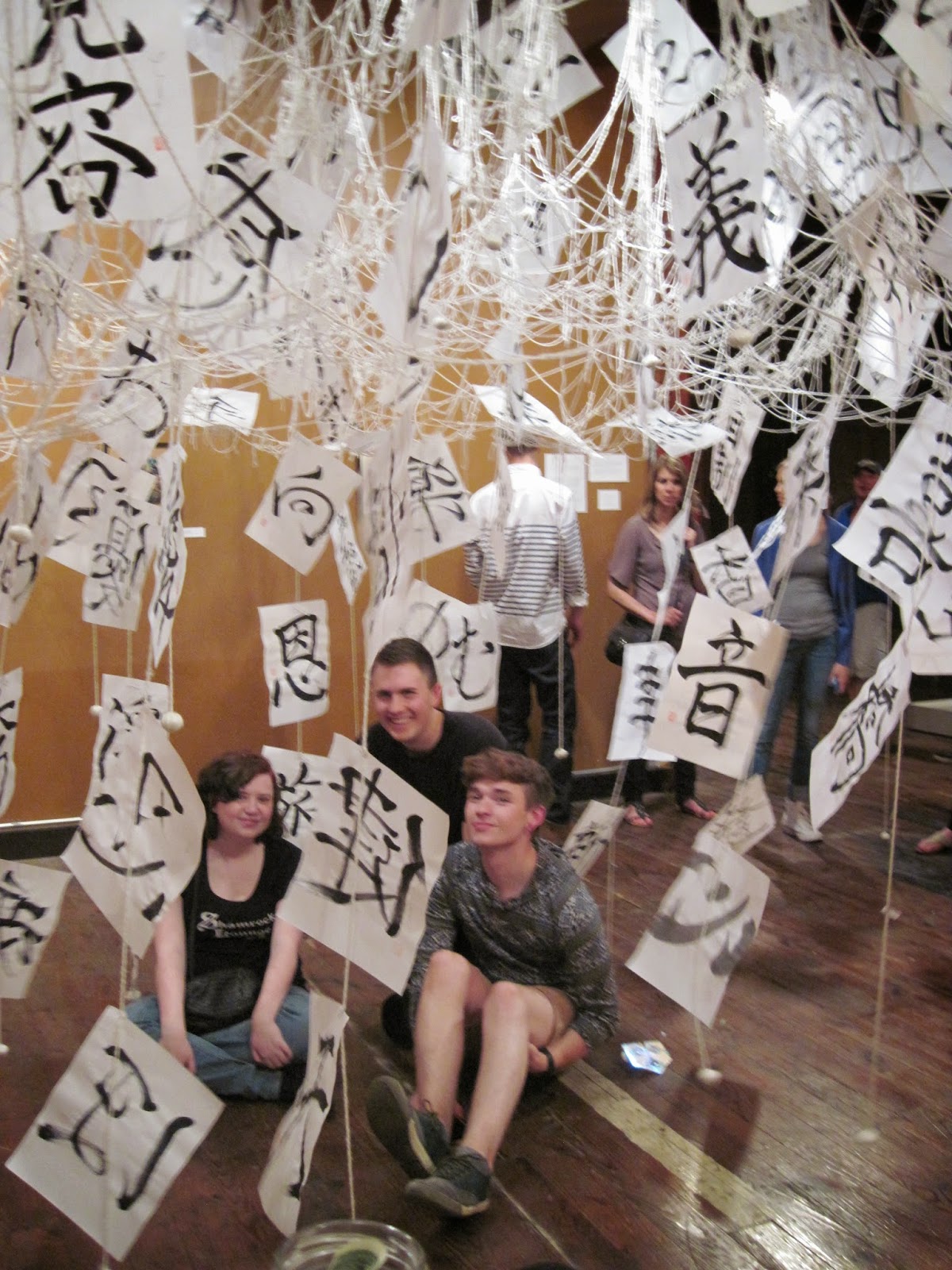 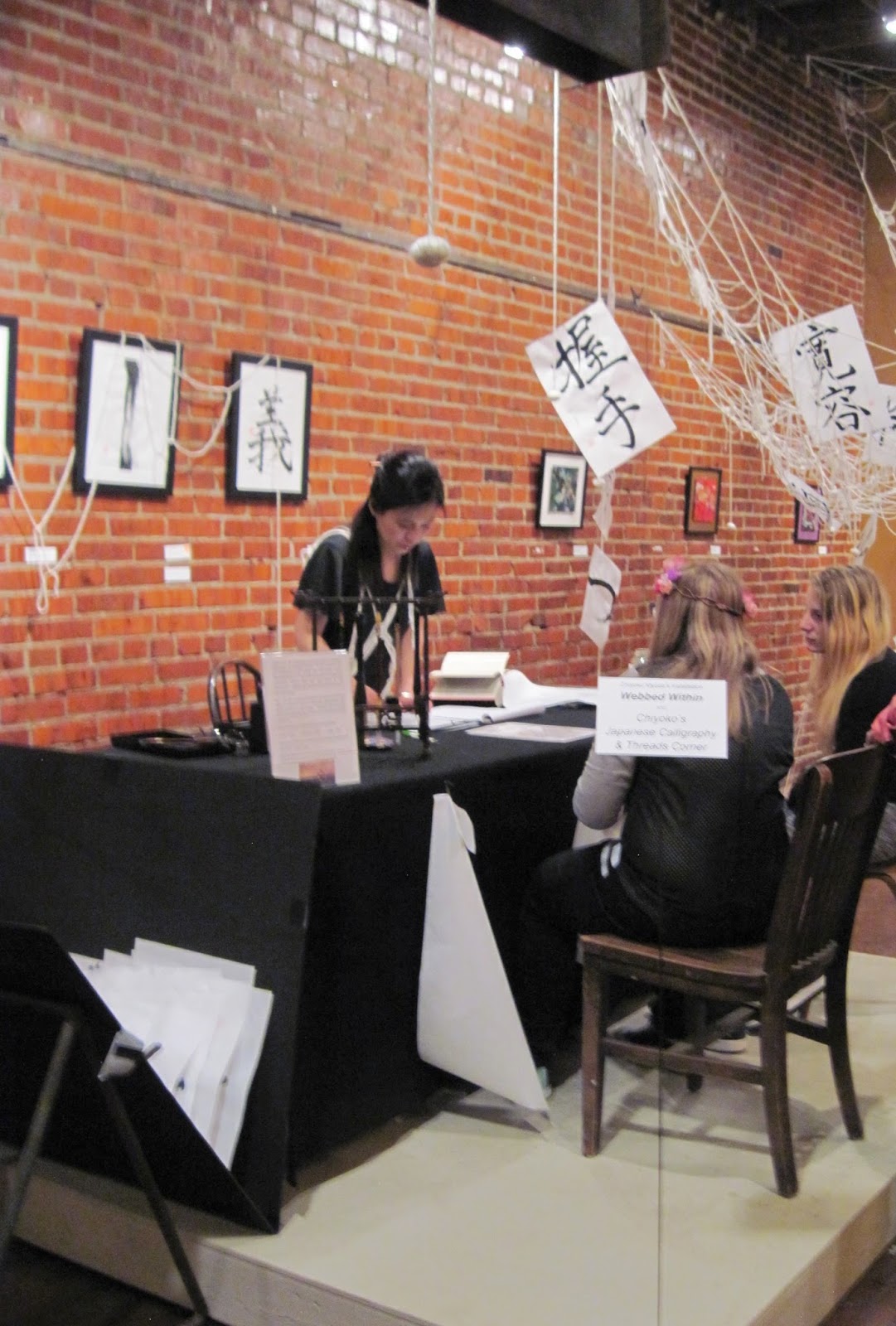 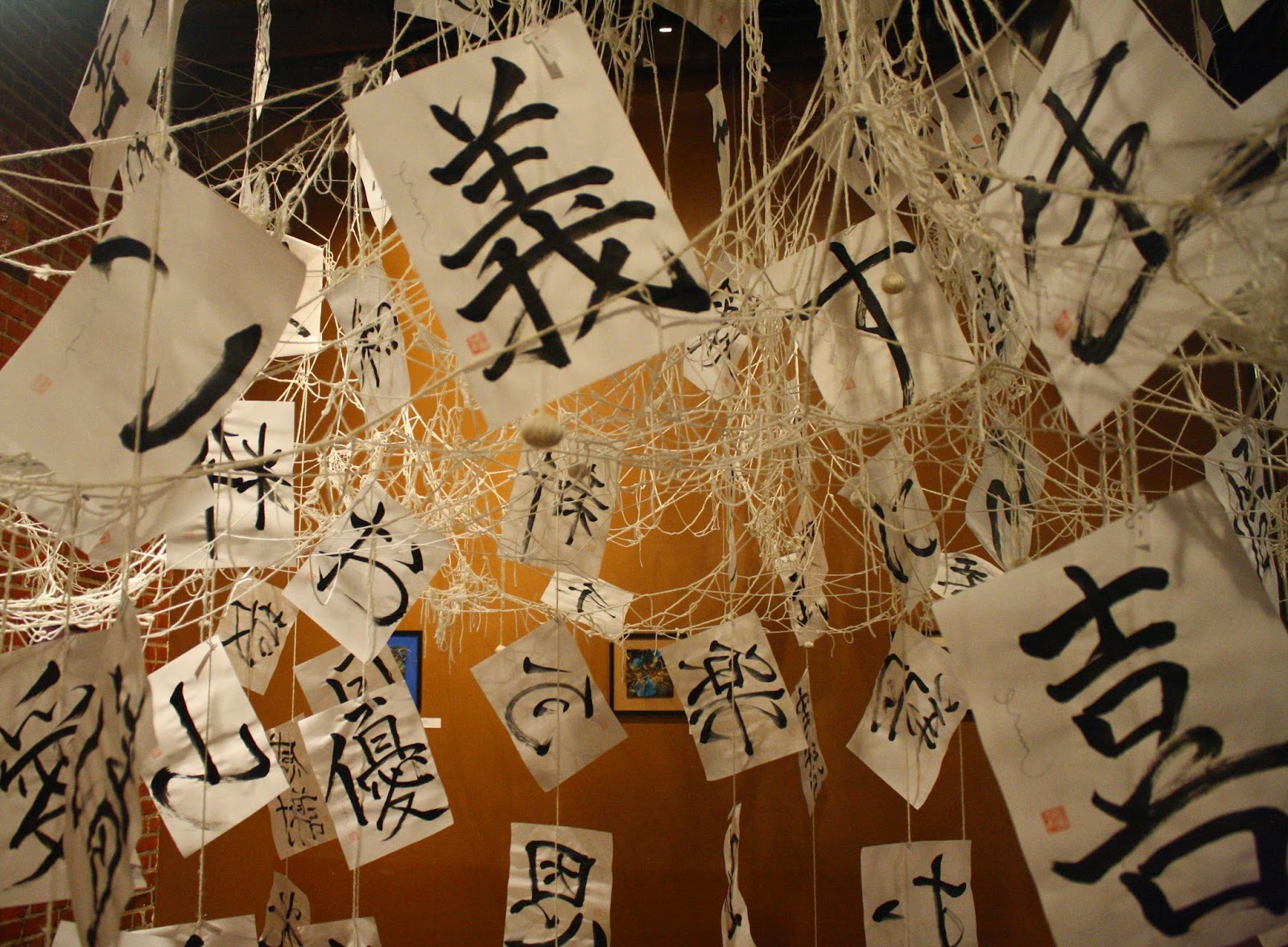 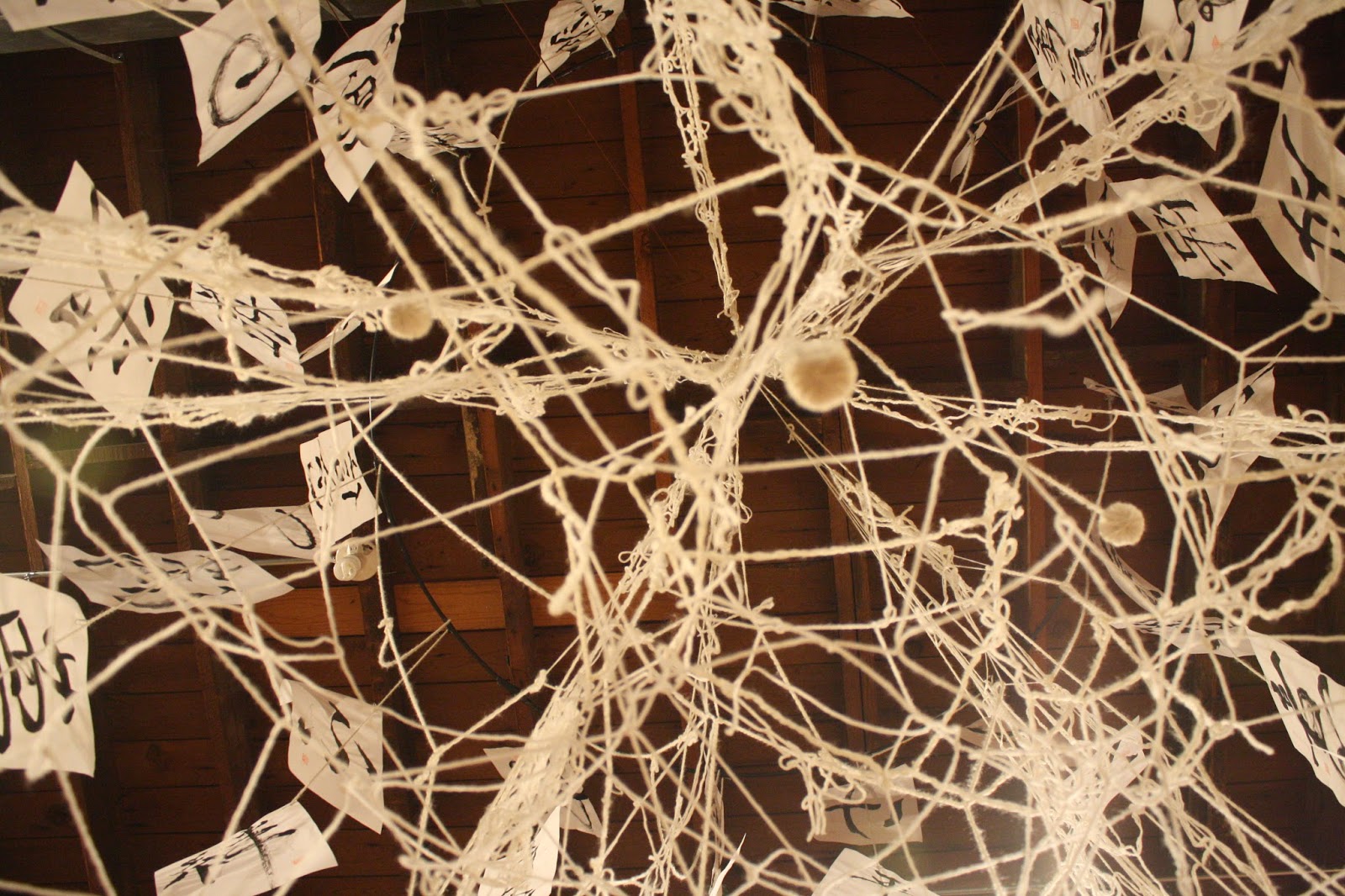 Posted by Chiyoko Myose at 7:27 AM

The opening reception of the group show "The Six Machinations of Art Expo"  was a blast!  Over 1,000 people came and the Diver Studio was fully packed.  I was very busy writing words and letters that people requested.  It was so delightful that I could share the same moment with them through this demonstration / performance. The show was reviewed here by Lindsey Herkommer Devries.

Here are some photos before the show and the ones that were taken by my friends during the show. 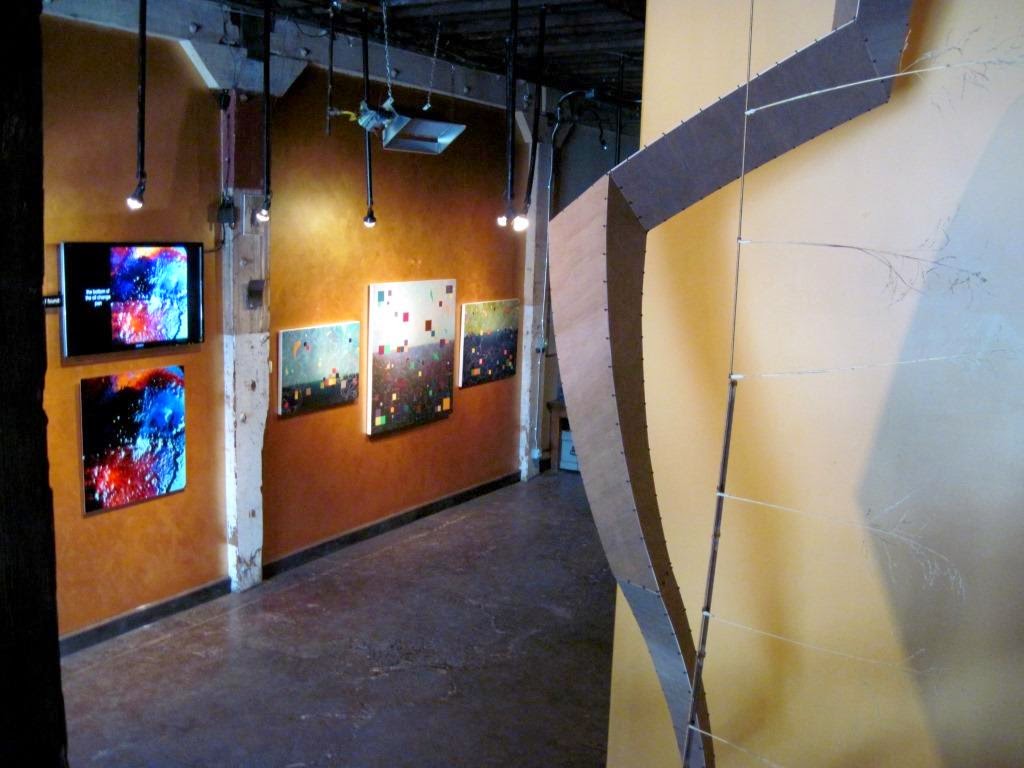 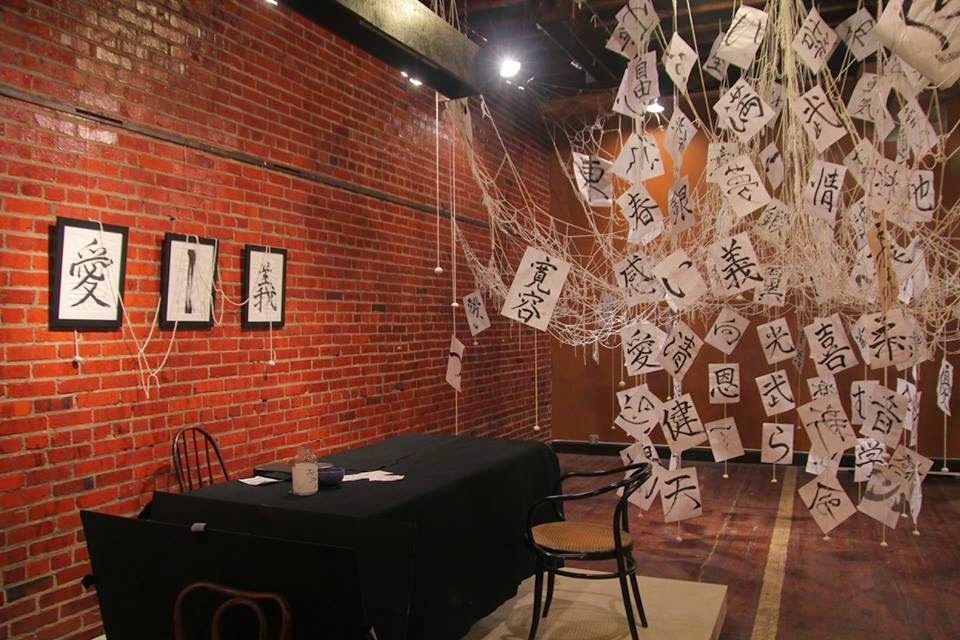 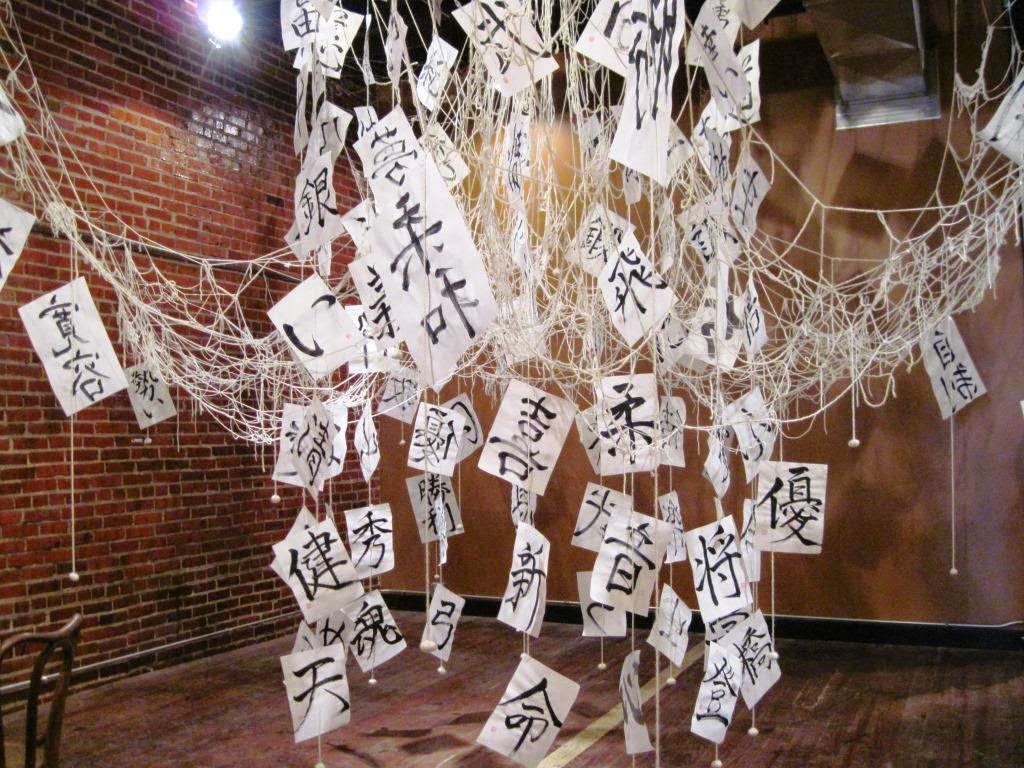 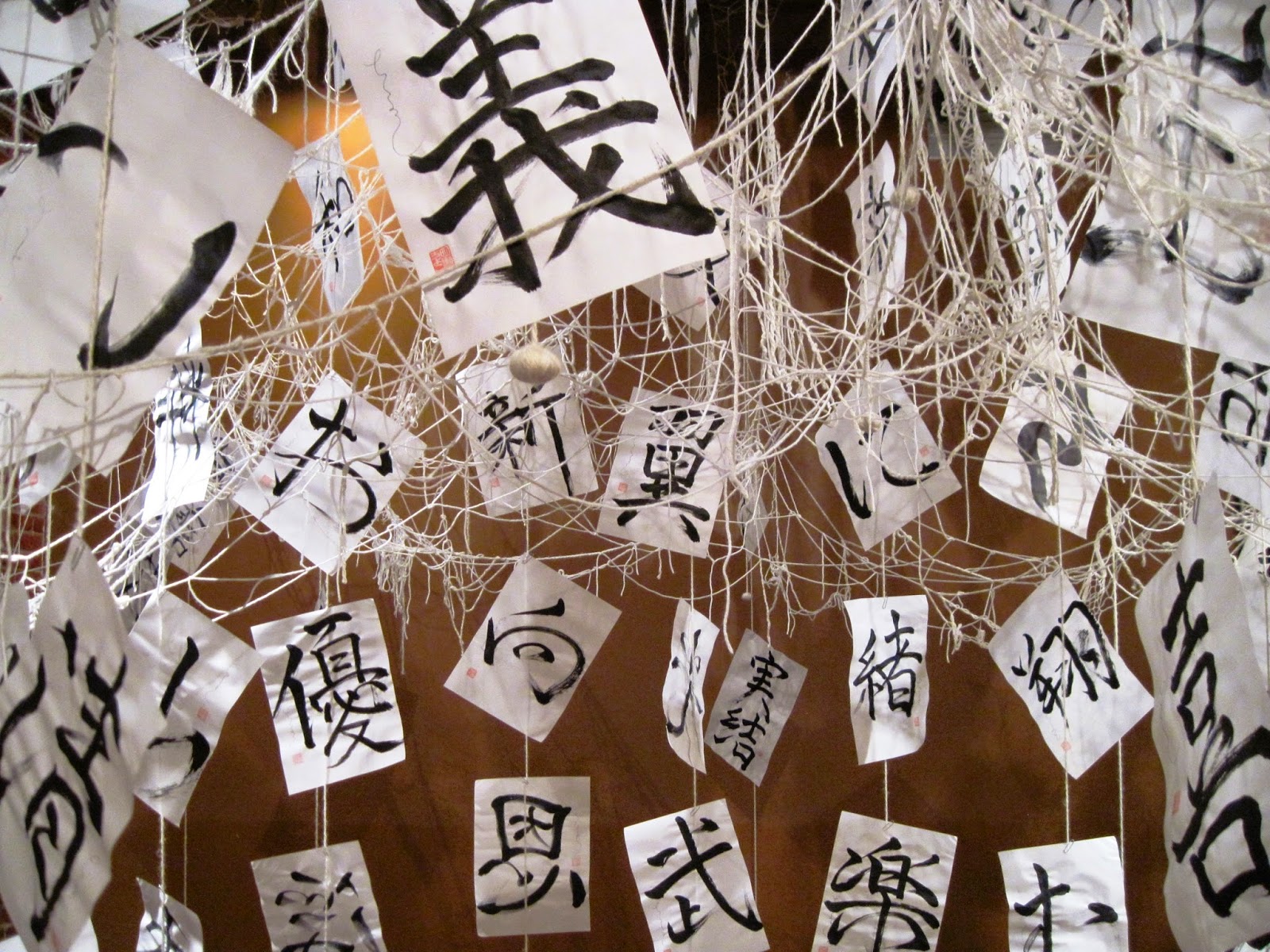 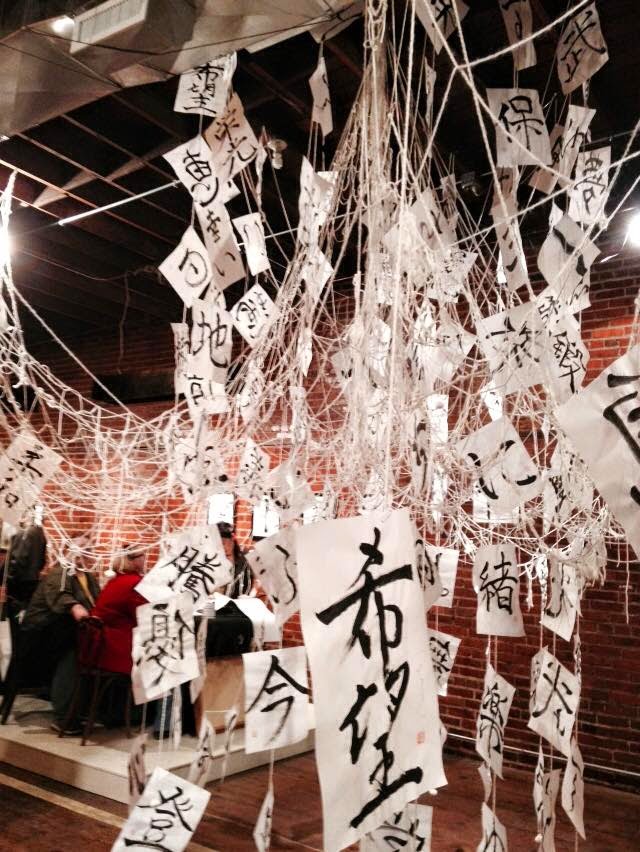 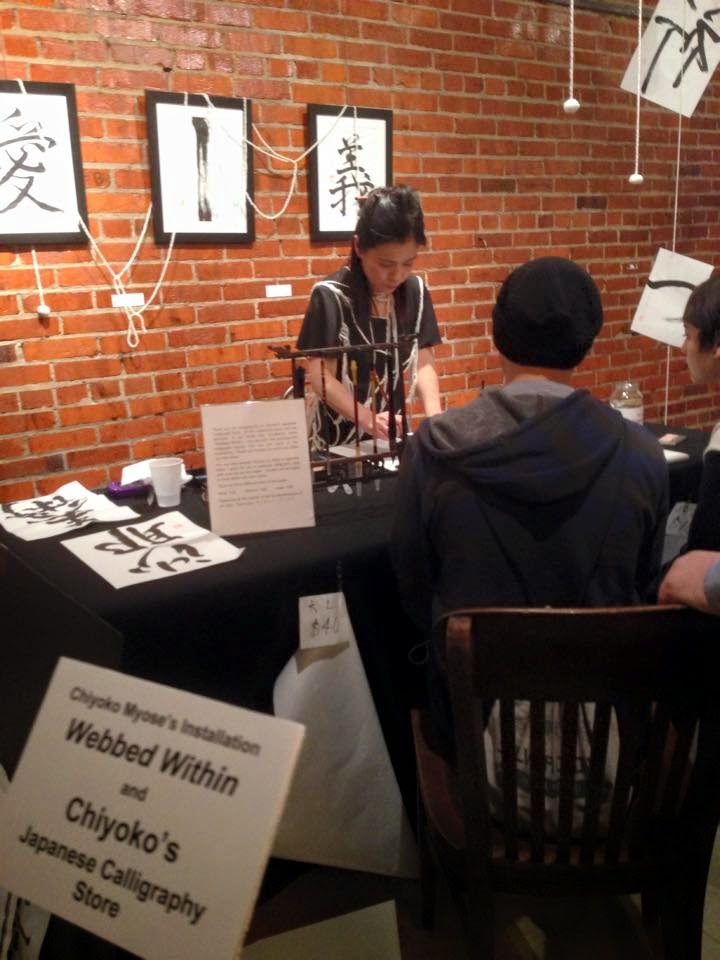 
The gallery is going to be opened three afternoons a week (Mon., Wed., & Fri.) in the month of April. We are also going to have an encore show on April Final Friday.    It may become my last public appearance as a webbed calligraphy woman!