I'm so grateful for all of the attendants at the Final Friday opening and the number of red dots that were posted.  It was bittersweet to say goodbye to the work because they were so special to me, but I hope that they will bless their new owners and their new homes.  To those who are wondering if I'm selling my installations, I would gladly take commissions and make similar works.  The show will be up for another week and will end on August 3rd.  The gallery is always open by appointment or by chance. 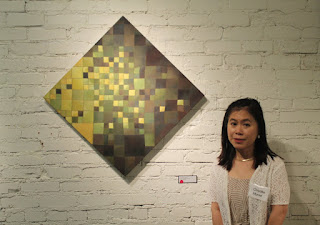 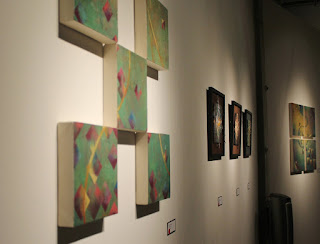 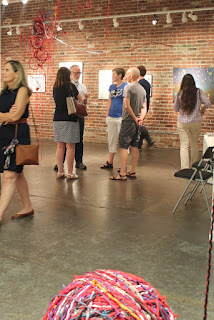 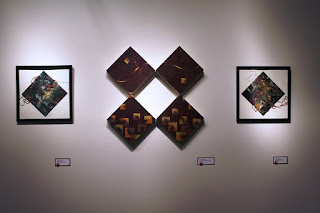 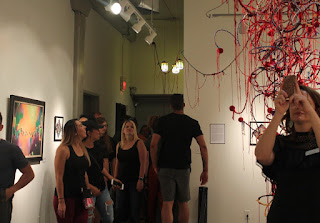 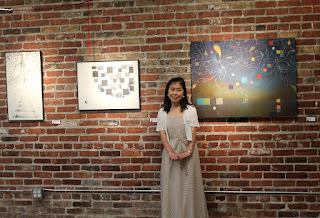 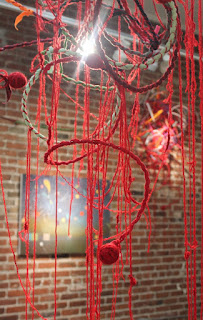 The Fiber Studio & Gallery
418 Commerce, Wichita, KS
Always Open by Appointment or by Chance
316-303-1996
email: fiberstudio1@gmail.com
Posted by Chiyoko Myose at 7:58 AM

Final Friday is coming soon!  My show "From Memory to Memory" is up at the Fiber Studio on Commerce St., Wichita, KS.  I am showing 40 works from my 10 year artistic career.  Some of them, I had never shown in public venues before.  Many of you who became friends with me recently might have seen my installations, but may not be very familiar with my paintings and drawings.  In fact, my paintings and drawings have become  the base ideas for my installations and vice versa.  I have received many questions and comments about the works and personally, I found this show very interesting and meaningful.  I know it's hot, but this Final Friday, it seems like many other awesome artist friends are showing their works at various venues as well.  If you have time, come out, stop by and say hello to me! 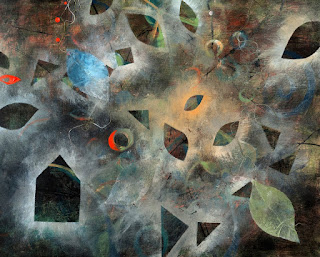 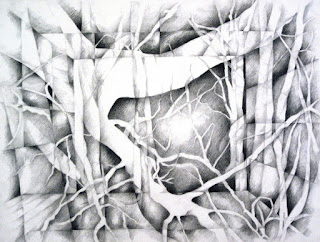 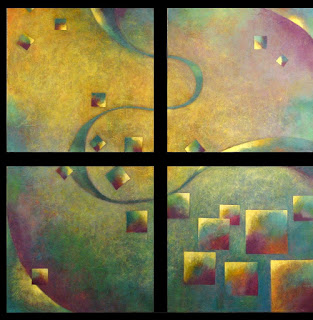 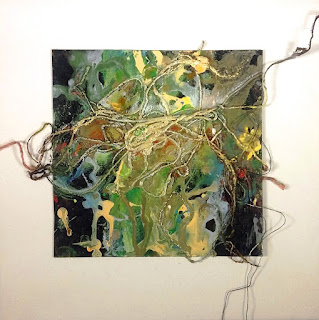 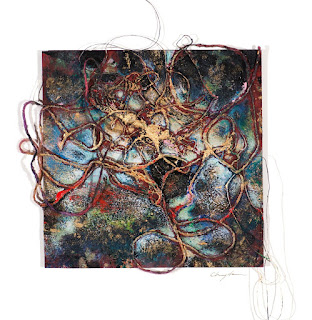 Opening Reception of "From Memory to Memory"

Thank you to those of you who came to the opening reception of my show at the Fiber Studio last night!  I had a great time seeing my friends and making new friends!  I am so grateful that several pieces of my painting and drawing found their new homes!

In this show, 26 paintings, 11 drawings, and one installation, from different stages of my 10-years artistic career are included.  Some of them, I had hardly shown in public venues.  People asked me about the stories behind these works and it surely made me recall memories from the past.

I built the installation "Gift" site specifically this time and it ended up running through the whole space of the gallery with three rooms and made its biggest setting so far.  It is not possible to take one picture that has the entire piece in it; if you have time, please come in person and see the whole piece and walk through it.  The show will continue through Final Friday, July 26 and close August 3. The gallery is always open by appointment or by chance.  phone: 316-303-1996 or email: fiberstudio1@gmail.com 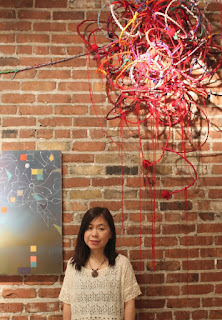 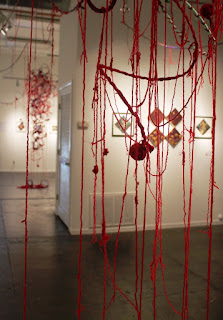 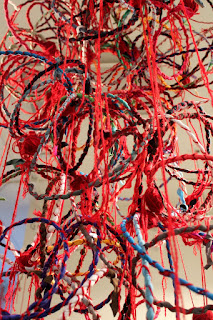 Posted by Chiyoko Myose at 1:04 PM

Artist Statement for the Show, "From Memory to Memory"

Artist Statement for the show From Memory To Memory

For the last several years, I have been making artworks under the same theme - my search for the place to fully call “home.”  In this show, you will see my journey and endeavor to explore some different ways to express this same thought of mine from various approaches, using various mediums, different modes of rendering, and different disciplines.  Whether it is two dimensional or three dimensional, whether it is abstract or representational, you may find some common aspects in these works since I have been using the same visual language that I developed.  New work ideas arose from my previous works as the base.  Some works have formed into a body of work, some have been placed between bodies of work, and some ideas are still evolving.  This show is my first attempt to share this artistic journey publicly from the beginning stage till today.  It looks like moving from a memory to another memory.    Chiyoko Myose


In this show at the Fiber Studio, my old friend of lozenge composition is coming back.
The painting  on the left is "Iridescence #63", 2017, and the one on the right is "The Hiding Place",2009.  It is interesting that they have 8 years between them, but the content is pretty much the same. 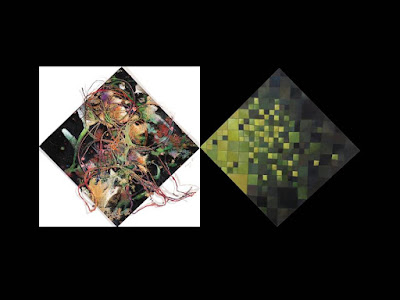 Also, some drawings are included in this show.  Probably most of you have never seen these works before.  The face in the first drawing is me as a young girl.  My daughter helped me by becoming the model.  It is a good memory! 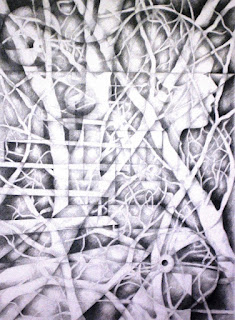 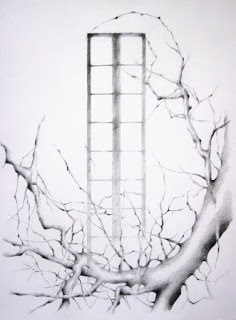 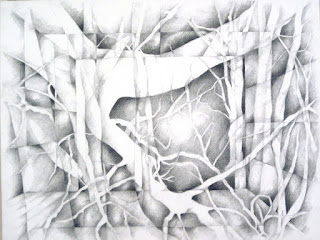 I Can Only Imagine

Posted by Chiyoko Myose at 3:21 AM