I graduated from Wichita State University (WSU), Wichita, KS in 2011, but I am still involved in some art activities on campus.  The WSU Ulrich Museum of Art organized "yarn bombing", and dozens of sculpture on campus were covered in yarn this week.  The Ulrich Museum has a great outdoor sculpture collection and it is rated one of the top ten campus sculpture collections in the U.S.  There are more than 75 pieces of sculpture on the 330-acre campus.  These pages introduce the sculpture collection:
http://webs.wichita.edu/?u=MARK2&p=/millipede/
The yarn bombing makes people take a second look at these sculptures.  More than 100 local knitters, crocheters, and artists worked on this project since May.  I was involved in it, too, by contributing some crochet and helping to install them. 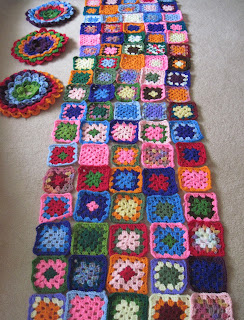 These are the  squares and  the circles that I contributed.    It was a good color study, and it reminded me of Josef Albers' "Homeage to Squrare" series when I was making them. 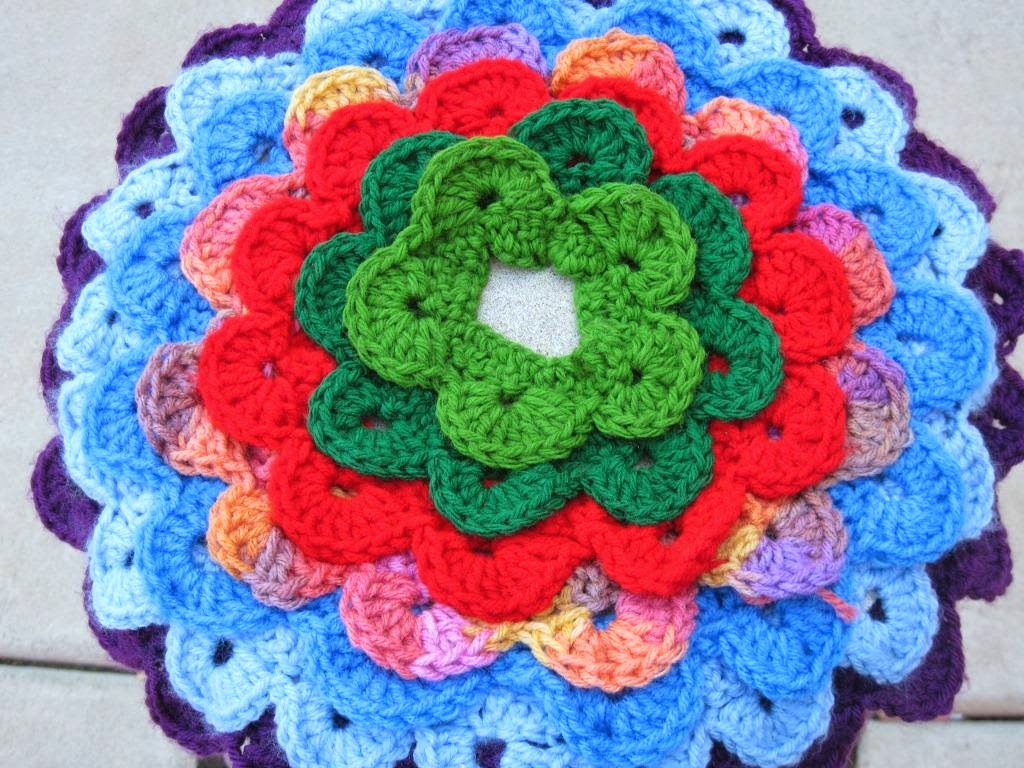 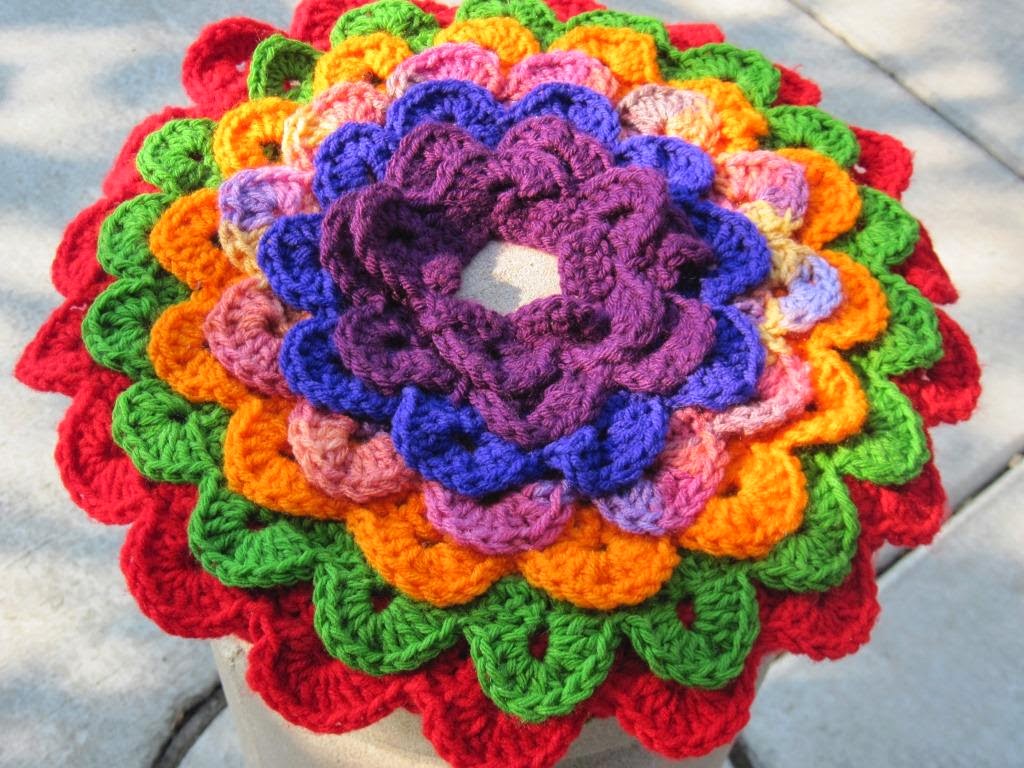 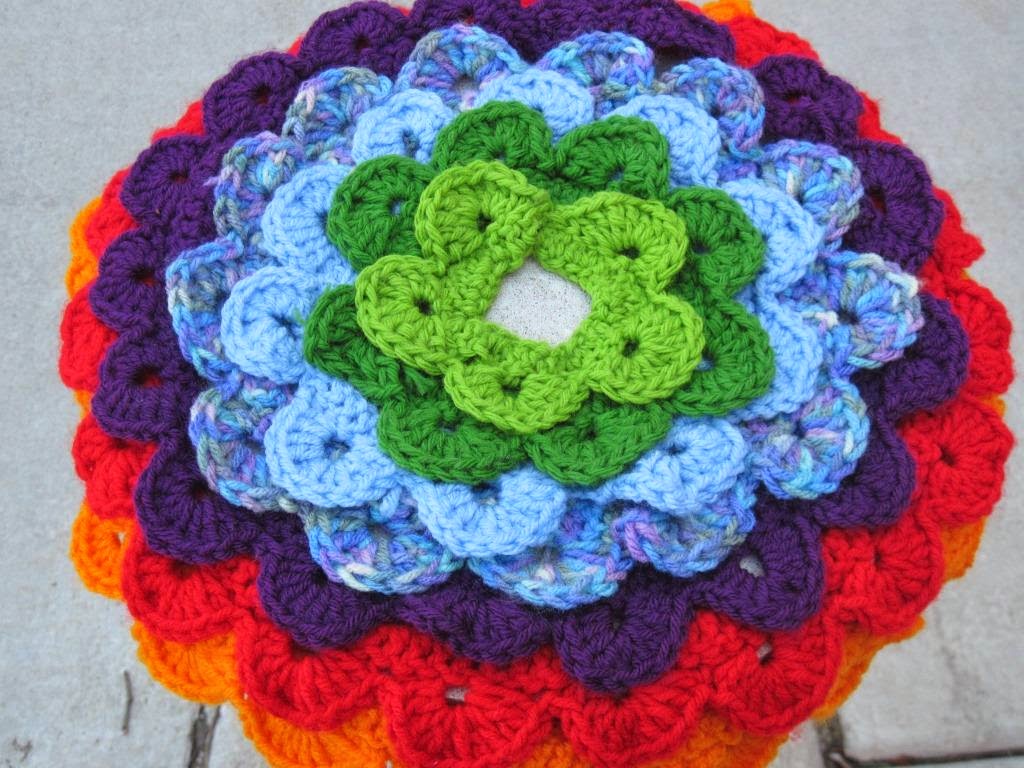 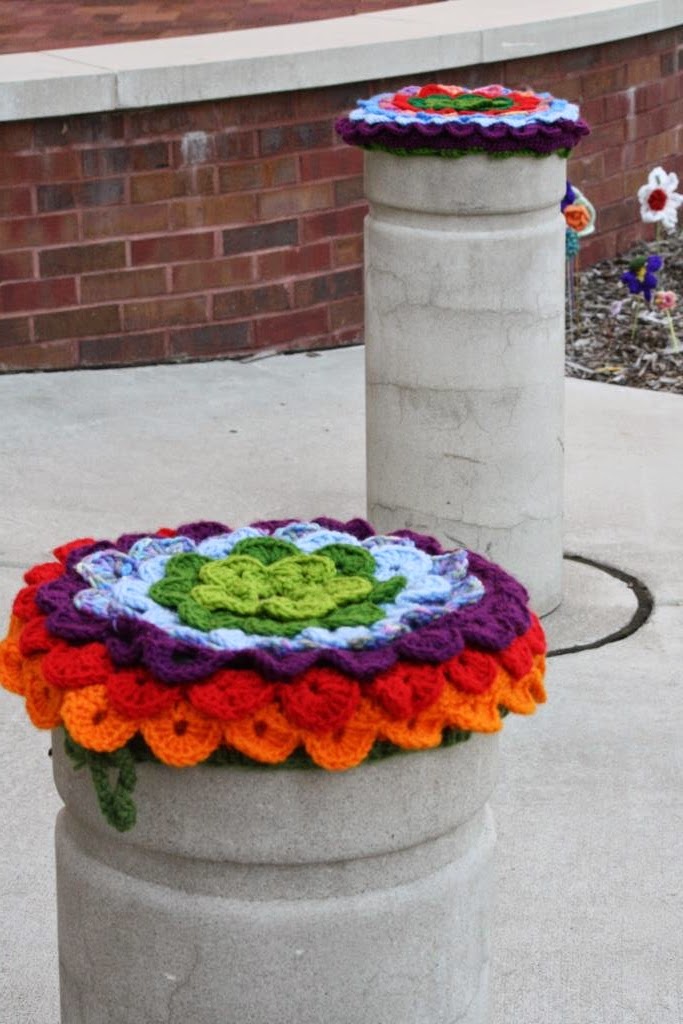 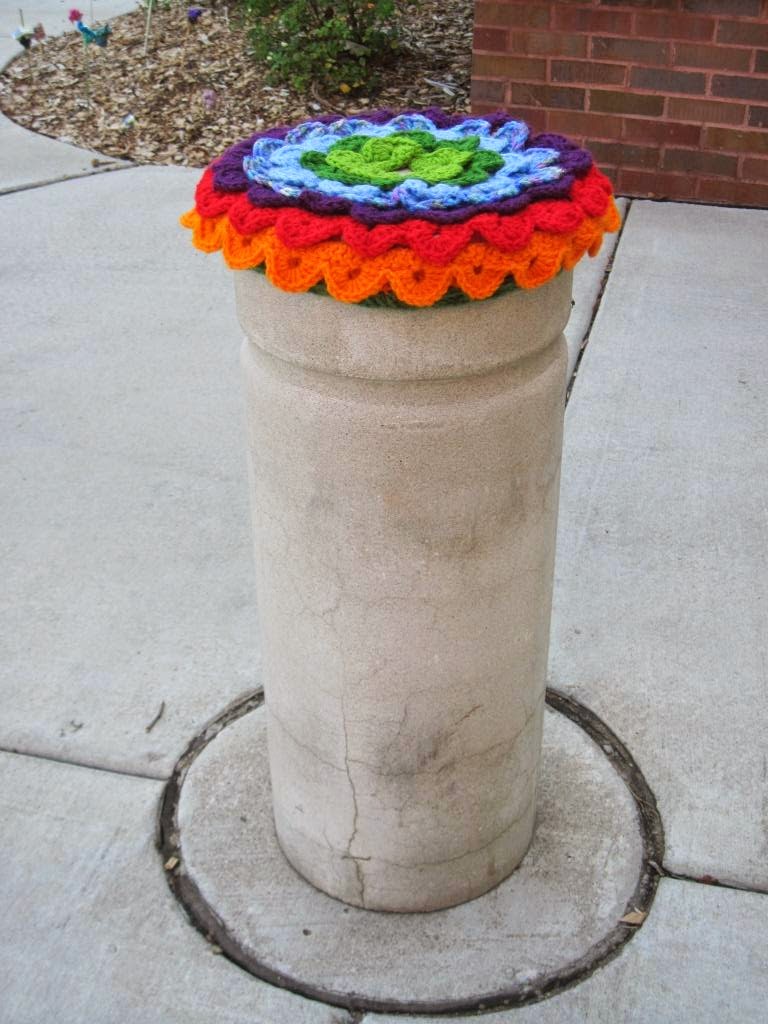 Among many sculptures that they worked on,  I will post photos of eleven of them. 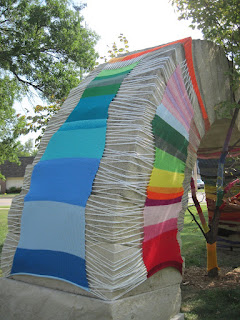 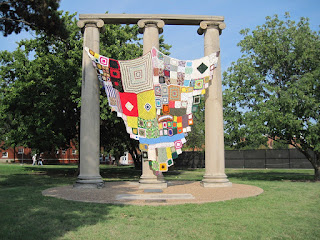 The three columns, the remnant of the Carnegie Library building is now yarn bombed. 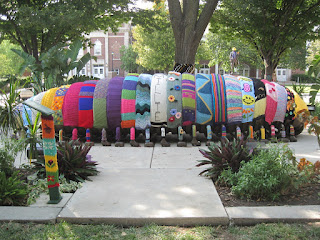 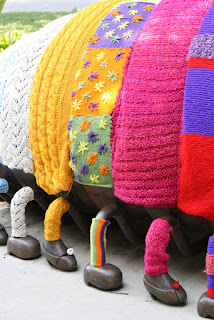 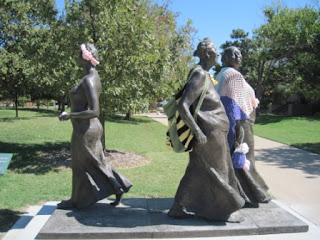 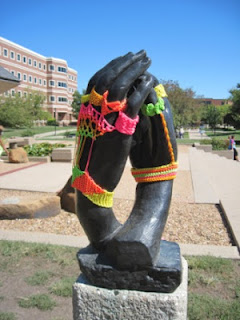 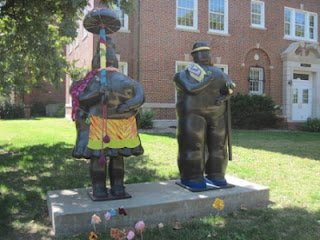 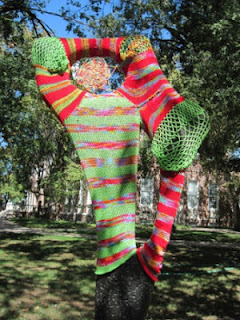 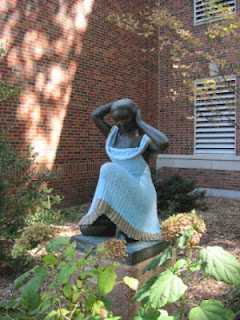 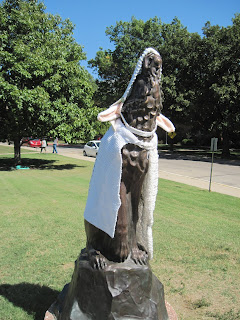 Luis Jimenez, Jr. 's 'Howl' is yarn bombed.  I think this is my favorite! 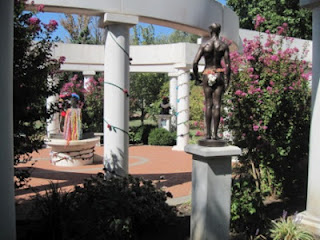 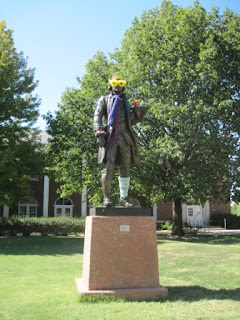 Many of them make me gasp and giggle.  I am amazed by creativity and playfulness of the people here.  They are going to stay up there till 5:00pm, September 23rd.  Hope you can check them out!  For more information, go to:  http://webs.wichita.edu/?u=ulrichmuseum&p=/Art/Exhibitions/YarnBombing/

My painting Sojourning #4 was included in the publication of 2012 Art & Faith Catalogue from White Stone Gallery, Philadelphia, PA.  In this catalogue, nealy 70 diverse national and international artists' works associated with Biblical faith were selected and printed.  The commentary section has comments from each artist about their specific images.  The artists include renowned NY artist Sandra Bowden and NY artist and worldwide recognized art advocator Makoto Fujimura. 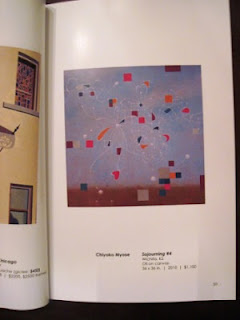 Back in January, I received an award of Honorable Mention for Execution through the juried review of the 2012 Fine Art & Faith Exhibit at White Stone Gallery.  This review brought me this publication opportunity.
I feel honored to be included in the catalogue!  Big thank you to the staffs of White Stone Gallery who worked on the publication.  For more informaiton, go to http://whitestonegallery.com/
Posted by Chiyoko Myose at 5:53 AM